I wonder why we choose to continue to accept and endure abuses in our churches? It has been going on in our former church for many years, and as I read other blogs by people who have had shockingly similar experiences, it quite frankly makes me really, really angry. In my naivete´, I somehow thought that church would, or should, be a refuge from the BS that exists in the world. As Christians, shouldn’t we know better? Shouldn’t we be kinder, gentler? Shouldn’t we have greater integrity, more humility, less selfishness? I recognize that churches are full of imperfect people who are the products in an imperfect fallen world, but some of the stuff that we have experienced goes way beyond saying the wrong thing, or at times being inconsiderate or selfish, or having personality conflicts or differences of opinion. I am talking about manipulation, malice and deceit, things which are so opposite the ways and will of God, and yet somehow become disguised by our “spiritual leaders” as things that those of us less spiritual folks “just don’t understand.”

And we believe it, blindly following along, even though something inside of us says, something is wrong here. At first, we may not be quite sure what it is, but we begin to catch the faint whiffs of something rotten. Even so, we choose to believe the lies that the enemy places in the hearts and minds and mouths of those whom we trust to follow, instead of believing the voice of the Holy Spirit. We choose to believe that maybe those in leadership are much more discerning than we are, and we ignore those doubts and questions that we have. Why is it that in so many of our churches, we are expected to check our own intellect and discernment at the door? Looking back in hindsight, I see that the Holy Spirit tried to grab my attention many times, but instead of listening to and believing what He had to say, I chose to remain in bondage to the lies which were taught to me. I was afraid to believe that those that I loved and trusted were actually Pharisees who could possibly lead me down a path filled with falsehood and vain religiosity. It was in letting go of my idolatry of these people that I was able to begin to see and accept the truth, and to begin to break free of the web of lies that had become a safety net for me. And time has shown me that the breaking free is not an event but a process, one which I am still undergoing.
Posted by Martha at 10:58 AM

The good thing is the Holy Spirit did eventually get your attention.

You're right, it is a process, but remember to embrace the process because God will show you many treasures there.

I think we're willing participants partly because we've equated our churches with God. People have a genuine desire to please God and have a loyalty to Him first. So, to admit that something isn't right with their church can throw them into a crisis of belief of sorts. So, we don't want to anger or disappoint God, and it can take a long time to separate Him from what has been called Him.

Wrong! It was a big deal for me to realize that there were people who were not following a pastor in a church building group. I had always been taught that anyone not attending a regular church group would become like a log removed from the campfire of other logs, growing cold and alone. Not so.

I think the human mind is a funny thing. It makes us do things, convinces us to do things so as not to be left out, or convinces us in a different direction. I think the "herd" mentality is probably an easer route to follow, something which I think everyone who has gone through high school would know.

To me, a church environment is somewhat similar. There's always the popularity contest, the popular activities to take part in, and maybe coming from the unpopular click when I was in school, to me, a lot of christian are trying too hard to be "perfect" and engage in activities that will enhance this belief.

But couple that with the holy spirit, it brings to the surface the truth of matters, the real faces of people, and their hearts. Some people call it gut feel, and I think we need to pray to sharpen that instinct. I belief in one perfect being, that is God. And we're mere humans created in his likeness, but not him. I think that is something that people need to understand. And also, we're not here to judge, but only to be judge at the end, by Jesus himself.

But pray. Prayer is one very powerful tool given to us by the lord. It's our way to communicate with Him.

Martha
A wife, mom, artist. I relate to Martha - I AM Martha. I tend to get caught up in the details of life, sometimes I have a hard time stopping to smell the flowers. There is nothing wrong with being Martha- hey, we're the ones who get things done! The world needs Marthas! I just need to remember to choose what is best, and take time to sit at His feet each day.

Verse of the Day 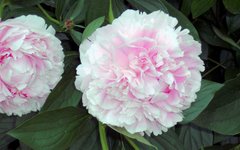